HomeEnergy and Utilities“Survey: Half in region can’t pay sudden... 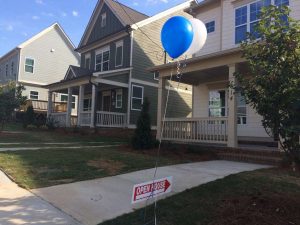 As metro Atlanta lurched out of the Great Recession, a sweeping government survey in 2013 found that the economy, unsurprisingly, ranked as residents’ top concern.

Today, transportation woes and crime rank as bigger frustrations. About 48 percent of those who responded to an updated survey say the region is now a good or excellent place to find work, up from 36 percent in 2013.

According to the survey, only about half of metro Atlanta residents could pay an unexpected $400 bill right away with what’s in their bank account. Nearly one-third would have to borrow money, pawn or sell items, would be unable to pay or wouldn’t know how to pay for a $400 financial emergency. About one out of five said they would put it on a credit card.

Nearly one in five say they have skipped meals or reduced food portions to make ends meet and more than half rated the region as only fair or as poor for being an affordable place to live.

Though the region’s unemployment rate has rebounded from its highs of more than 10 percent to 5 percent today, and the metro area has regained the jobs lost from the recession, the ARC survey shows such data doesn’t get at the heart of residents’ perceptions.

Wage growth, only now starting to show signs of buoyancy on a national level, has been flat for years and many of the new jobs created locally have been lower paying, an Atlanta Journal-Constitution analysis earlier this year found.

“In 2013, the economy was the No. 1 issue. We were still struggling to get out of the doldrums of the Great Recession,” said Mike Carnathan, manager of research and analytics at the ARC. Though by most every indicator, the economy is improved, he said, “that doesn’t mean that everyone is perceiving and feeling the economic benefits equally.”

Metro Atlanta Speaks is an annual survey produced by the ARC and the A.L. Burruss Institute of Public Service and Research at Kennesaw State University. The survey polled 5,416 people, with statistically significant tallies in 13 metro counties, plus the city of Atlanta. The ARC said it’s the largest survey of its kind in the greater Atlanta area.

The poll covers residents in Butts, Cherokee, Clayton, Cobb, Coweta, DeKalb, Douglas, Fayette, Fulton, Gwinnett, Henry, Paulding and Rockdale counties, with a region-wide margin of error of 1.3 percent and for individual jurisdictions of 4 percent to 7 percent.

The poll doesn’t offer fixes to the region’s issues, but rather provides a barometer for policy makers that can be coupled with the ARC’s trove of economic and demographic data and research.

The questions about finding ready cash for a $400 emergency and skipped meals or reduced portions were added to the questionnaire this year. The query about affordability returned from last year’s sample, but the result for affordability is little changed from 2015.

The unexpected expense question came out of a report in The Atlantic, which found about half of people would have to borrow of sell something to cover a $400 emergency. ARC Executive Director Doug Hooker said the agency wanted to see if Atlanta provided similar results.

“It turns out we reflect the same types of national trends,” he said. “It’s shocking because I think a lot of us would think of $400 as an inconvenience, not as something threatening our family budgets. But this is telling us that for a large number of people taken together, $400 is a serious threat to a family’s budget. It is very sobering.”

Liz Coyle, executive director of consumer advocacy group Georgia Watch, said many of the region’s poor are un-banked, meaning they don’t use the traditional banking system, opting instead for riskier financial products that can push consumers deeper into trouble.

She said often medical debts, unexpectedly high utility bills or things such as vehicle repairs can have an outsize effect on the budgets of poorer families.

The issue of housing affordability, she said, goes beyond rents or mortgages to include the cost of utilities, which is often higher for older homes, and the cost of basic transportation to work, school or health care.

“Unfortunately that information doesn’t come as a surprise to us,” she said.

Hooker said as inside-the-perimeter communities get denser, it puts pressure on housing costs, particularly near some MARTA stations and burgeoning neighborhoods near job centers. Lower income residents in some cases are forced into the suburbs, which also are dealing with rising affordability and poverty issues.

“[Affordability] is a big concern and one we’re trying to sound an alarm on because of our migratory nature as a region and as a society, people don’t hesitate to pick up and move in our region,” Hooker said. “People have to more often for reasons of housing affordability.”

Kyle Waide, CEO of the Atlanta Community Food Bank, said the ARC survey closely aligns with its own data about food insecurity. Waide said most of the people the food bank serves have jobs, but they are under employed or otherwise struggling financially.

“This is not a matter of people making bad choices or people taking advantage of the system,” he said. “This is a structural problem now in our economy that we have to address.”

Atlanta Mayor Kasim Reed, after the announcement on Wednesday by health insurance giant Anthem to bring a technology center and 1,800 jobs to Atlanta, said job creation is one way to help curb these issues. His administration is also working on steps to expand affordable housing in the city.

Reed said the film and hospitality industries are two drivers to help increase the supply of living wage jobs, particularly for people without advanced degrees. High tech projects such as Anthem help bring in new investment, which in turn can push more spending and investment in the economy and create spinoff jobs.

Q: How would one pay for a $400 financial emergency?

Wouldn’t be able to pay: 14 percent

Sell or pawn something: 6 percent

Q: Have you skipped a meal or reduced portions for lack of money?

Q: Rate the affordability of metro Atlanta as a place to live.