The Japanese bankruptcy that could spike your power bills

HomeEnergy and UtilitiesThe Japanese bankruptcy that could spike your...

The Japanese bankruptcy that could spike your power bills 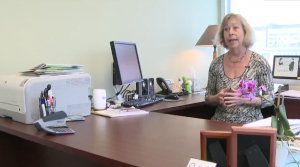 The main contractor on Georgia’s nuclear power plant project just filed for bankruptcy. It comes after years of behind-schedule construction and skyrocketing costs.

The bankruptcy means the future of Westinghouse’s under-construction plants in Georgia and South Carolina is “uncertain,” Lisa Donahue, restructuring chief of consultancy AlixPartners and chief transition and development officer of Westinghouse, said in a court filing obtained by 11Alive News.

“Pretty much everybody’s power bills will be affected,” said Liz Coyle, Executive Director of Georgia Watch. “Delays cost money. It seems in any scenario with further delays we can expect further delays, with that comes higher costs.” In it’s bankruptcy filing, Westinghouse blames their money troubles on the construction of the nuclear plants in Georgia and South Carolina.

The expansion to the Vogtle Plant in Burke County, south of Augusta, has been controversial since it was first announced more than a decade ago. The plants were the first nuclear projects to break ground in three decades.

“Georgia and South Carolina decided to take that first of a kind risk and we’re all paying for it,” Coyle said.

Georgia Power said in a statement that they are working make sure construction will continue. They’re also investigating to find out how it will impact their customers.

“We will continue to take every action available to us to hold Westinghouse and Toshiba accountable for their financial responsibilities under the engineering, procurement and construction agreement and the parent guarantee,” a spokesman said in a statement.

Georgia Public Service Commissioner Tim Echols says he’s keeping a close eye on this situation, but that it is very fluid.

“Georgia Power will bring all available options to the Public Service Commission for approval,” said Echols. “Any dollar amount, whether under or over the certified cost, cannot be recovered without the PSC’s approval.”

“The PSC is the protection mechanism for our ratepayers,” Echols said. “That said, Georgia law is clear that, absent fraud, concealment, failure to disclose a material fact, or criminal misconduct, any reasonable and prudent expenditure is eligible for recovery.  The Commission has already determined that if the project is completed and works as designed, the costs incurred prior to December 31, 2015 will not be disallowed on the basis of imprudence. Those costs could, however, be disallowed on one of the other aforementioned grounds.”

Everyone expects to learn in the next month what will happen with these plants. Echols said It’s also possible that the Trump administration could step in to influence the outcome of the bankruptcy procedures.