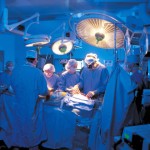 Last Tuesday, a ballot measure that would have infused an estimated $80 million into the state’s trauma network failed by a narrow margin – 53 percent to 47 percent.

Passage of this measure would have dedicated funding from annual car tag fees to beefing up emergency care at hospitals around our state. The proposed amendment to our state’s constitution would require a $10 fee to be included with other charges during annual registration of certain motor vehicles. The failure of this amendment’s passage could tip the balance between life and death for any Georgian.

Each year, in our state, about 40,000 cases of major trauma occur, each needing high-level care that is only available at certain accredited facilities. Of those 40,000 trauma cases, an estimated 700 Georgians will die because that crucial elevated degree of care wasn’t available in time. For those in south Georgia, the chance of survival in the aftermath of a traumatic injury is even more narrow given that the pursuit of appropriate medical attention is truly a race against the clock. There are very few trauma centers south of Macon, and it becomes nearly impossible for a patient to receive care within the “golden hour” – the first 60 minutes following a traumatic injury that can determine whether a patient lives or dies. For children, that window of time is only a grim 30 minutes.

While it is easy to assume that every hospital emergency room is equipped to handle traumatic injuries, unfortunately that is not the case. The reality is that the vast majority of Georgia hospitals are ill – equipped to handle traumatic injuries. There are more than 150 acute care hospitals in Georgia but only 16 of those hospitals have trauma centers. Of those 16, only four – located in Atlanta, Macon, Augusta and Savannah – are Level I certified, meaning they are best able to handle the most daunting injuries. There are ten Level II centers, no Level III centers and two Level IV centers.

Many came out in support of the amendment’s end goal to improve emergency care in Georgia. While acknowledging the need for additional funding to support and expand the state’s trauma network, the oft-quoted objection labeled Amendment 2 simply as a tax, claiming the state should instead allocate funds to this effort. But in a state that already has such deep holes in its budget, it’s unclear how the state would find the money to fund trauma efforts. To many, an effort such as Amendment 2 was one of the only real viable options.

Trauma care should be a priority. Hopefully, the failure of Amendment 2 won’t be seen by lawmakers as a sign of voters’ disinterest in supporting a trauma network, and future efforts will emerge to help this important cause. Georgia Watch will continue to work to make timely and necessary emergency care accessible for all Georgians.