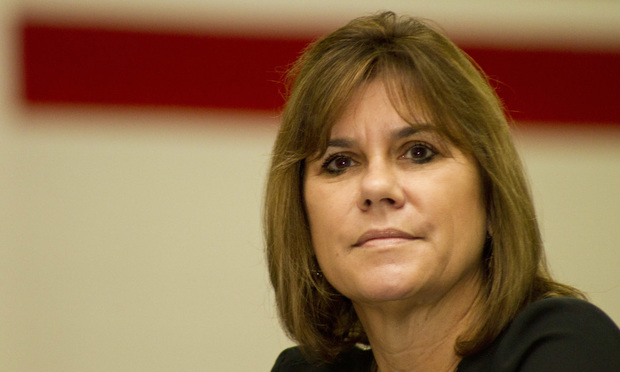 A trio of organizations that sued the Georgia Public Service Commission early this year after it approved billions more in spending for two new nuclear reactors at Georgia Power Co.’s Plant Vogtle, were in court Wednesday asking a judge to intercede.

Estimates for the cost for the troubled project, already billions of dollars over budget, have ballooned from $6.1 billion to $10.3 billion—an amount the PSC deemed “reasonable” in an order entered a few days before Christmas last year in what the plaintiffs say was a rushed, illegal vote.

Lawyers for Georgia Watch, Georgia Interfaith Power & Light and Partnership for Southern Equity argue that the commission took what should have been a relatively routine, periodic cost review of the project to also greenlight the new spending and ensure Georgia Power and its parent are spared the additional expense.

Georgia Power, the majority partner in the consortium building the reactors, has argued that the PSC’s ruling is not subject to judicial review under Georgia’s Administrative Procedures Act because it is not a final decision but merely one in an ongoing series of Vogtle Cost Monitoring reviews and decisions related to the commission’s oversight of the project.

The petitioners have also argued that the PSC violated its own rules regarding ex parte communications when considering a ruling by communicating and meeting with Georgia Power officials after testimony and evidence-gathering had concluded  but prior to issuing a decision.

Before anyone could say anything, Fulton County Superior Court Judge Shawn LaGrua keyed in on the final decision issue, asking whether the claims were moot if the ruling was not final under the APA.

The petitioners are represented by Roy Barnes and John Salter of the Barnes Law Groupand Kurt Ebersbach, Jillian Kysor and Stacy Shelton of the Southern Environmental Law Center.

Salter fielded LaGrua’s query, replying that the magnitude of the PSC’s ruling rendered it a contested case subject to judicial review.

“We’re talking about procedural violations that denied our clients and the rate-payers of Georgia a hearing,” Salter said.

Contrary to Georgia Power’s assertions that the PSC’s ruling could be challenged in due time, “the issues will never be more ripe” for adjudication, he said.

Ebersbach noted that commission acted when the project was at a live-or-die crossroad: General Electric, the designer and manufacturer of the reactors, had declared bankruptcy, and the project was “struggling to stay on budget.”

Faced with paying billions more to complete the project, Georgia Power “wants to ensure that their customers, their ratepayers, will be on the hook for it and not their shareholders,” Ebersbach said.

The VCM in question, No. 17, was supposed to address two issues, he said: whether to approve the projects expenditures over the review period and whether the newly revised cost estimates were reasonable.

The second question was “not typical,” said Ebersbach, and was undertaken over the petitioners protests and those of the PSC’s advocacy staff.

The PSC also chopped off 47 days of its own 180-day deadline to decide the matter, despite it being “the largest cost-increase in commission history,” he said.

Salter added that the additional time and estimated money would accrue to Georgia Power, which collects a monthly Nuclear Construction Cost Recovery tariff from its ratepayers, plus a portion of the taxes on that and other fees.

“So you screw up a project, but you’re going to get $5 billion in additional funding for screwing up the project,” Salter said.

Barnes rose to say the entire matter could be resolved, if Georgia Power would stipulate its willingness to “regurgitate” any money a future PSC might determine it had collected “imprudently.”

Such an occasion is unlikely, given the PSC’s eager approval of VCM 17, Barnes said, which effectively shielded the utility from future claims.

“If the Public Service Commission says, ‘You really screwed it up,’ they’ll just say, ‘This was all settled in VCM 17,’” Barnes said.

Reilly said the judge’s decision was simple: The ruling was not a final order under the Georgia APA.

“The petitioners have to exhaust all their administrative remedies,” Reilly said.

LaGrua asked about the claims that the PSC’s approval of such a large cost increase and delay of any likely review for several years meant its ruling was subject to judicial review.

“What the petitioners are complaining about are legal errors,” said Reilly, and prior Georgia precedent mandates that those issues “can be brought up at the end of the project.”

Reilly noted that there is a “look-back period” every six months or so and that the commission can approve or disapprove any costs.

“This is an ongoing construction monitoring proceeding,” Reilly said.

“Not that it matters,” said LaGrua, “but what’s the point of no return? When does the project get so far along that there’s no rational way to stop it?”

“I don’t know,” said Reilly, asserting the PSC, Georgia Power and its partners are “constantly  evaluating” the project.