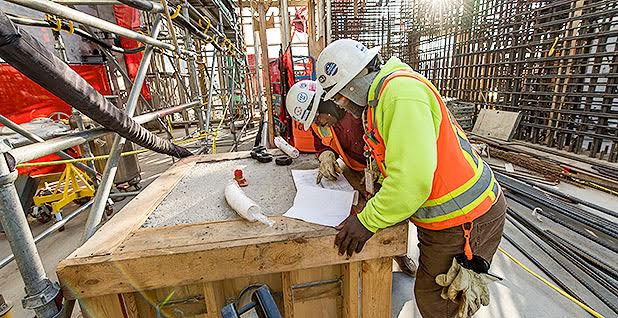 The fate of the nation’s lone nuclear project under construction may be decided by the end of the year.

Congress’ tax reform package is playing into the variables of whether Southern Co.’s Georgia Power Co. unit finishes its Plant Vogtle expansion project. Both the House and Senate want to cut the corporate tax rate to 20 percent from 35 percent, and that translates to a $150 million difference if Vogtle’s half-built reactors don’t go forward.

The Georgia Public Service Commission is weighing whether Georgia Power should finish the reactors in what is arguably the agency’s highest-profile case since it deregulated parts of the state’s natural gas sector in the late 1990s. Vogtle was already years behind schedule and billions above its forecast budget when its main contractor, Westinghouse Electric Co. LLC, went bankrupt in March, throwing the reactors’ future into doubt.

The PSC is scheduled to vote on the issue in February and is in the middle of a protracted hearing process that includes Georgia Power, the PSC staff and other stakeholders who are filing testimony and participating in public hearings.

PSC Chairman Stan Wise sent Georgia Power CEO Paul Bowers a Friday letter asking whether the proposed cuts to the corporate tax rate had any effect on the Vogtle project.

A lower federal tax rate benefits Georgia Power’s customers, Bowers said in a letter sent to Wise’s office yesterday. The one exception is if Vogtle is abandoned — and if that decision is made next year, he said.

“There is one benefit of the current higher (35 percent) rate that will be forgone under the Commission’s current scheduling order if the reductions take effect in 2018,” Bowers wrote.

Georgia Power would be able to realize $150 million more in tax benefits under the 35 percent tax rate, he said.

“This benefit takes into account the company’s anticipated taxable income and related limitations on deductions the company may take in a given year,” he said. That amount would offset project costs and be passed through to customers, he said.

Bowers did not suggest what the commission should do, but Wise replied quickly yesterday afternoon.

“Such a decision needs to be made by year-end, or Georgia Power customers potentially lose out on what you state is approximately $150 million dollars in savings” if Vogtle is canceled, Wise said in his response to Bowers.

The commission will take up the issue of whether to change the schedule Monday, the start of another four-day round of hearings to review the project’s cost and schedule, Wise said in his letter.

The PSC will have to officially change the docket’s schedule in order to set a vote before Dec. 31. In his letter, Wise asked Georgia Power and the PSC staff to consider that.

All stakeholders still will be able to file post-hearing briefs. Wise asked Georgia Power to consider limiting or waiving the opportunity to file rebuttal testimony, however. That is scheduled to happen on Dec. 29, with hearings set for early January.

“These changes could allow the company to make any necessary abandonment declarations this year if the decision warrants or otherwise know the conditions for proceeding with construction,” Wise wrote.

There is significant political pressure to finish Vogtle, and the wording of Wise’s statement indicates that. Georgia Power’s Aug. 31 filing with the commission places the project’s fate in regulators’ hands, but Wise makes it clear in his statement that the decision is the electric company’s.

The difference, broadly, has to do with statutes that dictate whether the electric company can ask to fully recoup costs from customers if it cancels Vogtle.

What’s more, a July decision by two South Carolina electric companies to cancel their nuclear project because of rising costs sparked widespread backlash from the governor and Legislature and has led to a number of federal and state investigations, lawsuits, and draft legislation to overhaul the state’s PSC, among other things.

Elected officials and the utilities are trying to prevent that from happening in Georgia.

“In light of this new information from the company, and this new suggestion by Commissioner Wise that they reach the decision more quickly is a good thing, because every day the company is pouring more money into a project that may be canceled,” said Liz Coyle, executive director for Georgia Watch, a consumer advocacy group.

Wall Street analysts and consumer advocates gave a wide variety of views yesterday on the exchange between Wise and Bowers. Georgia Power has given little public attention to abandoning the project, especially when talking about the tax write-off, until now.

“One might wonder whether or not the abandonment scenario is being examined more closely given this correspondence,” said Paul Patterson, a utility analyst with Glenrock Associates LLC.

A number of changes have taken place since Westinghouse filed for bankruptcy protection. Most notable is that Southern’s nuclear unit and Georgia Power have taken over as the project’s main contractors, and a new agreement was reached between Georgia Power and Vogtle’s public power co-owners, which the PSC does not regulate.

The utilities collectively have told the PSC that if Georgia Power cannot bill its customers for its share of Vogtle’s new costs, any of the co-owners can pull out of the project, and it will fail.

Together, the public power companies make up the majority of Vogtle’s ownership, but the directives have met with major pushback from the PSC as well as the agency’s staff.

Vogtle and nuclear power have the support of the five-member commission as well as Georgia’s governor and much of the state Legislature. Georgia Power and the PSC argue that the reactors will add emission-free baseload electricity to the grid for as long as 80 years.

But the PSC staff has struck back against Vogtle’s economics and business risks, saying the costs are too much for customers to bear. Georgia Power and Southern should absorb some of the amount, PSC staff argues.

“I think this [letter] might be a sign that the company is re-evaluating whether or not to continue in light of staff’s findings,” Coyle said.

Georgia Power’s 45.7 percent share of the project’s cost is now at $12.2 billion, roughly double the figure that was set years ago. The entire project’s price tag is roughly $23 billion.

The utility cut that figure by $1.7 billion this week, however, after announcing it secured a full lump-sum payment of parent guarantees from Westinghouse’s parent, Toshiba Corp.

Toshiba was scheduled to make a total of $3.7 billion in payments to the project in monthly installments. The utilities already received $455 million from Toshiba and then agreed to cash in the rest of their settlement. They should receive the remaining $3.2 billion by Dec. 15.

Additional business risks remain. These include the new working arrangement with Westinghouse and the project’s new primary contractor, Bechtel Corp. Neither arrangement is set at a fixed price, shifting the risk onto the utilities and eventually their customers.

Whether Congress extends the federal production tax credits for nuclear projects is another. The House has passed the tax credit, but it is not in the Senate’s version of the tax package. There may be a separate package in the Senate to address outstanding energy issues, but that remains unclear (E&E Daily, Dec. 6).

“To me the only issue is can they reach an agreement on how much risk Southern’s shareholders will bear,” said Charles Fishman, an analyst with Morningstar Inc. “We’re dealing with billions here, as compared with $150 million, and there are too many issues to negotiate. … I just don’t see it being rushed.”