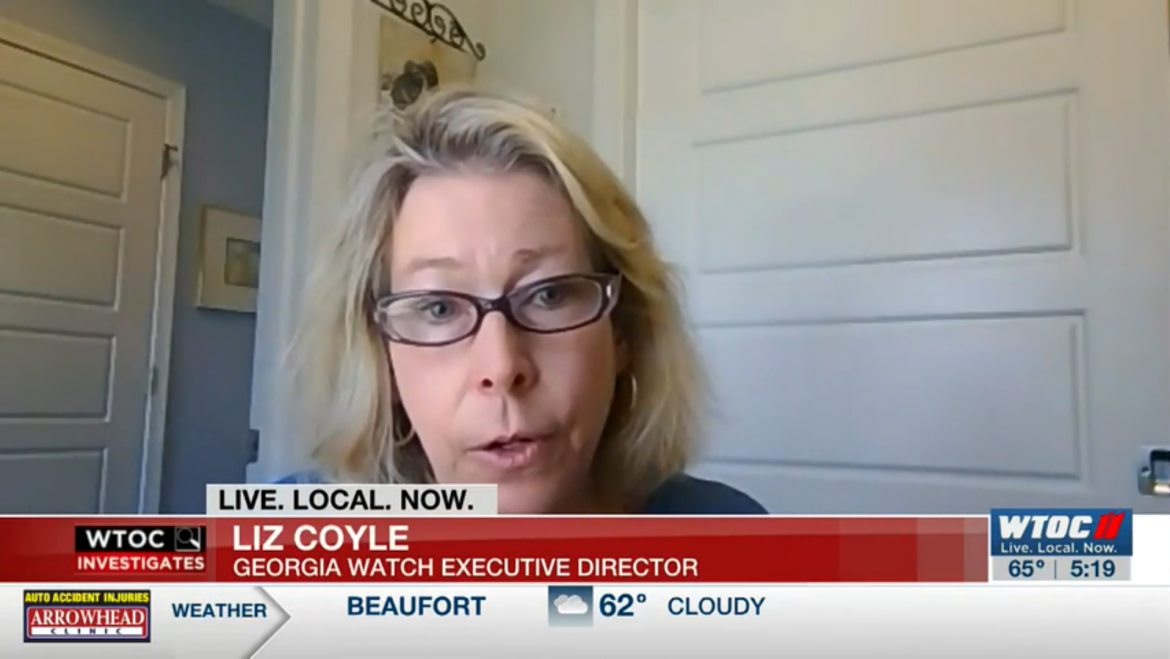 “It truly is the vehicle these high-cost predatory lenders use to trap consumers into a cycle of debt,” said Liz Coyle, Georgia Watch executive director.

The pandemic has put many people in a tough financial position. Unemployment claims remain higher than pre-pandemic numbers. Work hours in many sectors are scaled back and that’s left many looking for ways to stay afloat.

An analysis by WTOC Investigates found Georgia ranks fourth in the nation for complaints about car title loans, according to data from the Consumer Financial Protection Bureau.

The biggest issue consumers complained about was being charged fees or interest they didn’t expect. In general, the car title industry works like this: A person is in need of quick cash and unable to qualify for a traditional loan from a bank. So that person goes to a car title loan business that offers quick cash based on the value of that person’s vehicle.

The loan term is 30 days – some car title loans have an interest rate as high as 300-percent.

The loan is tied directly to a person’s car title. Coyle says for many people, that puts them in a desperate situation.

“That is their way to get to work or school, so they will do anything just to keep from losing that car once they’ve gotten caught in that trap.”

Financial complaints about loans, credit and debt hit a three-year high in the United States between March 1st and November 30th of 2020. The timeline coincides with the COVID-19 pandemic. Complaints about payday and title loans peaked in April with 427 complaints that month, according to data from the Consumer Financial Protection Bureau.

Georgia ranks fourth that month for car title complaints and fourth overall in the nation in the past three years. The bureau only tracks complaints. When it comes to enforcement – under Georgia law, that falls on local police departments.

Car title loan companies are classified as pawnbrokers under Section 44-12-131.

Although, the National Pawnbrokers Association makes a clear distinction when WTOC asked for comment on behalf of the industry.

“Thank you for reaching out to the NPA. As we represent traditional pawnbrokers and not car title/payday lending, we really don’t have any comments on this,” a spokeswoman said in an emailed statement from the National Pawnbrokers Association.

WTOC called several title loan businesses in Savannah, but no one agreed to talk.

Georgia Watch has lobbied legislators in the past, including an effort to change a federal rule within the Consumer Financial Protection Bureau, but those efforts fell short.

But Coyle said she is hopeful a lawmaker will sponsor a similar bill this session.

Georgia Watch wants the car title industry regulated much like Georgia regulates small-dollar loan companies, and a 36-percent interest cap on loans to protect consumers. A common refrain from the car title loan industry is it’s providing a service to consumers who otherwise wouldn’t have access to quick cash.

Coyle disputes that notion and says there are other options. Georgia Watch offers financial advice through its hotline. The number to call is 1-866-33-WATCH or 1-866-339-2824.